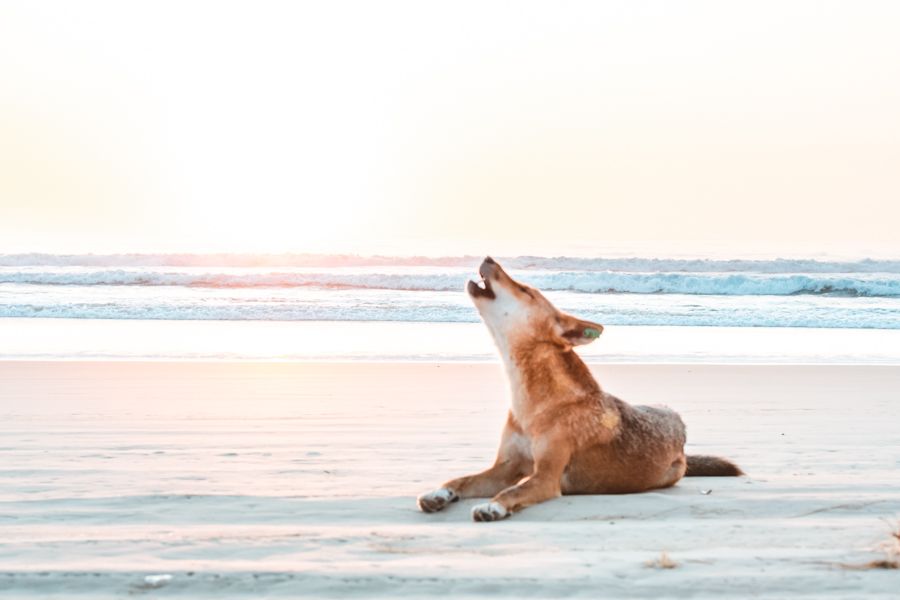 Fraser Island is the world's largest sand island, located on the Fraser Coast of Queensland, Australia. It is known not only for its stretches of sandy beaches and inland rainforest but also for its population of resident dingoes.

The dingo is an Australian icon and one sought after by many visiting tourists. It is one of the top 10 Australian must-see animals along with koalas, kangaroos and saltwater crocodiles. One of the best places to see a dingo is on Fraser Island, where tours often drive around the island, spotting wildlife while visiting various locations. 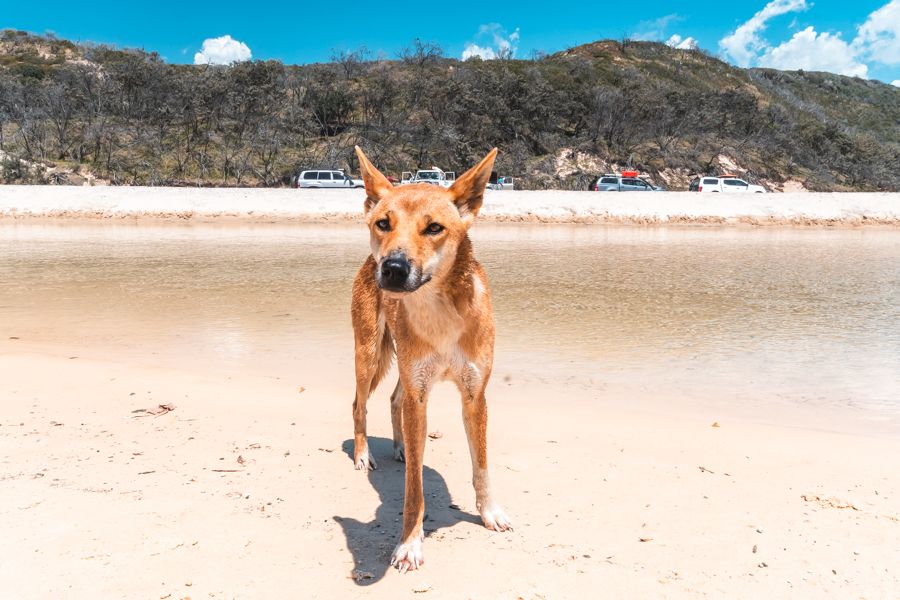 A dingo is a type of wild dog that is found over most parts of Australia. While they can range in colour in other parts of the country, dingoes on Fraser Island are almost always a sandy brown colour. They are medium-sized, weighing anywhere from 13 - 20kg when they are fully grown. They travel up to 40km a day in search of food, eating anything they are able to including small game, fruits, plants and even carrion. They are opportunistic hunters and will hunt alone or in a pack, eating and attacking whatever they find. For this reason, the dingo is considered to be a dangerous animal.

While they appear timid, it is just as likely to approach you in hopes of a quick meal by way of your own lunch or anything you may leave behind! They have also been known to attack people on occasion. It is unwise to wander around Fraser Island alone, where you are likely to encounter these wild animals. It is best to travel in larger groups to deter a dingo attack, which is not common, but always possible. While they may be cute and look like a regular house dog, they have the instincts and drive of any predatory mammal. Most campsites and resorts have dingo-safe fencing so guests can roam freely without the worry of encountering any dingos, leaving your evenings and nights safe and dingo-free, meaning you usually only have to worrying about being dingo safe when free wandering the island.

For a map of all accommodation options on Fraser Island with Dingo-Proof fencing, click here! 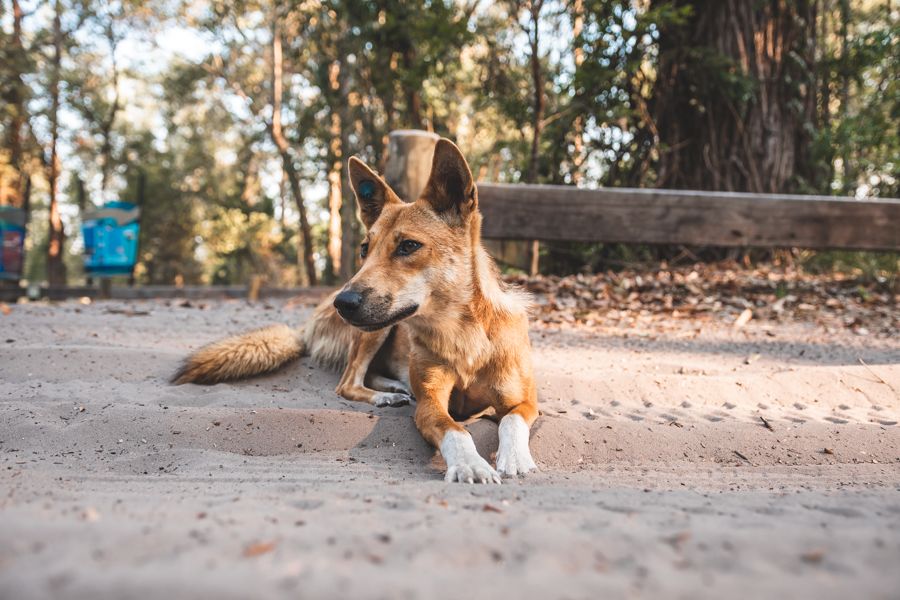 The population of dingoes that lives on Fraser Island is considered to be one of the purest in the world due to their isolation. The island maintains their gene pool, as no other dogs are allowed on Fraser, ensuring their bloodline remains pure. Wild dingos will routinely mate with domestic dogs if they are given the opportunity, often resulting in hybrid species. For this reason, the population here is closely monitored and protected!

There are currently 25 - 30 stable individual dingo packs on Fraser Island with 3 - 12 dingos in each. Due to the size of the island, it makes Fraser one of the best places to spot this predator. Keep an eye out when driving along the beach or on one of the inland tracks! But be sure to never get out of your vehicle if there is one near. Keep your distance as you admire these beautiful animals, and ensure you never leave food or fishing scraps out. Are you ready to encounter dingoes in the wild? Chat to our friendly travel experts and book your tour today!

Kingfisher bay prepares for Covid Deadline...
Queensland hotels prepare to refuse bookings for unvaccinated guests from Decemb...
Read More
Meet the flock stars of K’gari...
Attention twitchers! With more than 380 species of birds, the world’s larg...
Read More
Fraser Island to return to its original name of Kgari...
Fraser Island was locally called Kgari by the original inhabitants, its going to...
Read More