Whale Songs and the Language of Humpbacks

Humpback whales are scientific wonders of the world and have a surprising number of human qualities. They have impeccable memories, social tendencies and cooperate together, but the Humpback's most bewildering behaviour of all is their song. That’s right, whales sing!

Every whale pod has a unique song that they sing through their migration journey, however, research has shown that variations of particular tunes are often remembered and sung during next year’s journey. What incredible memories! Likewise, the melody sung by one whale pod has also been observed in variations amongst other pods, almost as if Humpbacks get tunes from nearby stuck in their heads. Talk about catchy!

Groups of Humpbacks join in with each other’s singing, layering their voices, to make for some seriously ethereal harmonies. In fact, whale songs are popular among those who struggle to get to sleep due to their transcendent and calming ambience. While Humpbacks are hardly about to break the top 50 pop charts, their songs have scientists mystified.

Why do whales sing?

Extensive research into Humpback songs and their patterns isn’t yet conclusive, and scientists are still to settle on a single explanation as to why these magnificent creatures are so vocal.

Humpback males, rather than females, are the only Humpbacks that sing songs. Female whales have shorter vocalisations not often associated with the long tunes heard underwater. Because the males are heard predominantly through the breeding season, it is possible that their songs are related to reproduction.

On another note, the songs could be challenges of dominance, aimed at other competing males during the breeding season. Either way, if the whale noises really are love songs, Humpbacks may be the biggest romantics on the planet… literally! 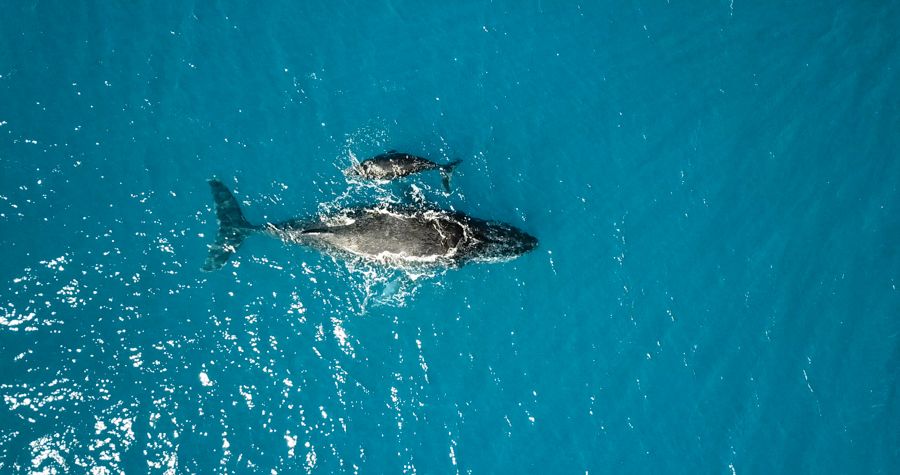 Whale songs could potentially be used as a GPS, and help Humpbacks recognise the frequencies and location of other whales’ songs. By bouncing their songs off of other frequencies, they may be receiving important geoinformation in return. This technique definitely goes beyond the boundaries of language and shows us just how naturally advanced whales really are.

Lullabies for little ones

Researchers have found that mothers and their calves communicate in particularly low and quiet tones. This is mostly due to the fact that mother Humpbacks want their calves to remain unnoticed by predators. These 'whispers,' as they have been coined, are very clever techniques used by whales all over the world, that allows young Humpbacks to grow strong without interference. Mother Humpbacks are preciously protective of their young and these lullaby-like communications are just one way that they keep their little ones safe. 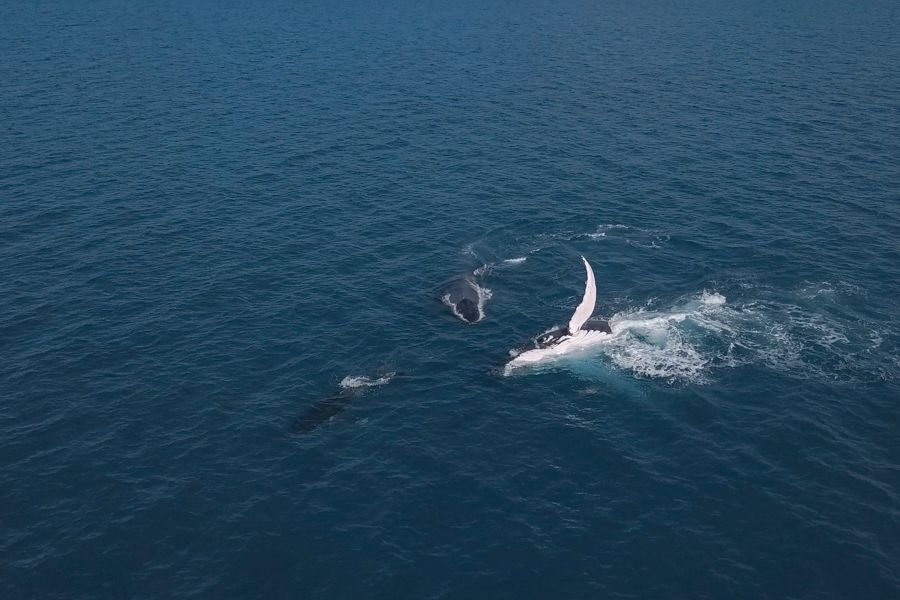 Singing for the heck of it!

Despite extensive research, some marine scientists believe that whales make these sing-song noises... simply for fun! Humpbacks in particular are known to be very playful and cheeky creatures, and they very well could be singing their tunes simply because they want to! Much like the way humans hum or whistle a song to brighten up their days.

These exceptionally clever creatures really do show us their natural wonder through their phenomenal songs. Let yourself be amazed by these beautiful whale songs and hop aboard one of our Hervey Bay whale watching tours! Our vessels are equipped with a hydrophone that broadcasts Humpback songs straight to your ears. Discover the transcendent language of whales as you decide for yourself why the whales sing their unique and breathtaking songs. It really is a language of its own! 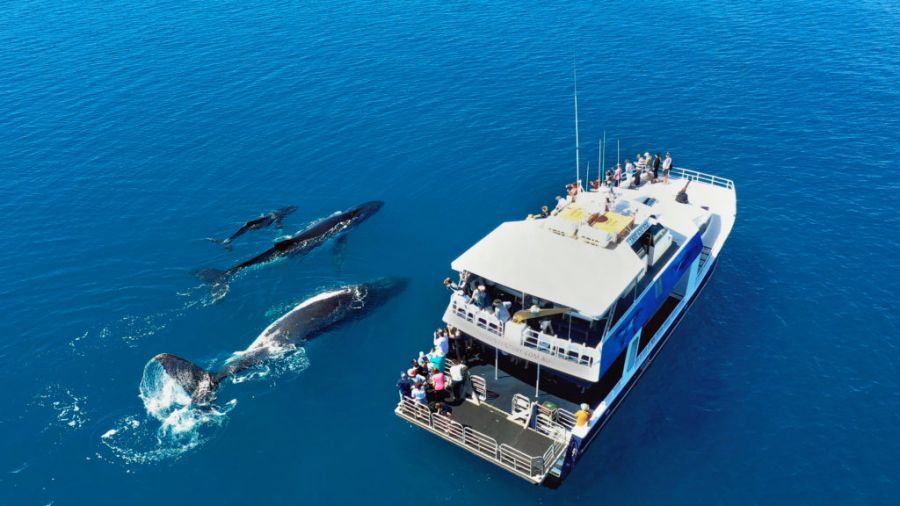