A light aircraft pilot flying over the coast of Cape Schanck claims to have spotted Migaloo the white whale on the 9th of April. According to the spotter, the legendary albino Humpback was heading north along the East Coast.

Although early in the whale season, there have already been whale sightings in Victoria and New South Wales as some early whales begin to trickle towards the Great Barrier Reef. Migaloo is undoubtedly a national treasure and a magnificent sight to see amongst the 40,000 Humpbacks that migrate north annually. What an exciting way to bring in whale season 2021! 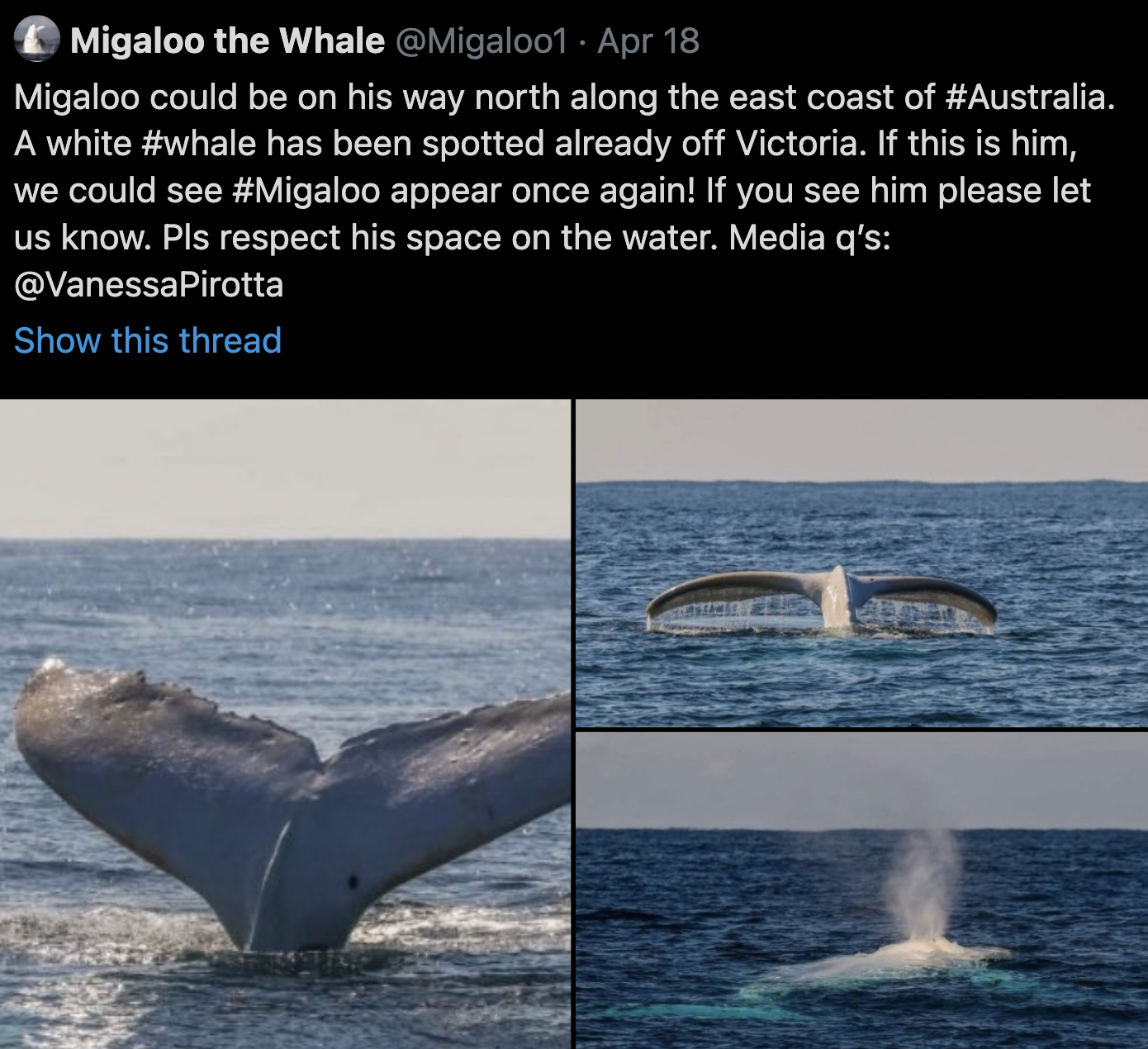 Whale lovers all over the East Coast are now on the lookout for Migaloo, the mysterious and phenomenal Humpback, as they hold their breath in hopes of a glimpse. There haven’t been any Migaloo sightings since 2020, so it’s fantastic to see Australia’s ‘rock star' back in action.

Why is Migaloo white?

Migaloo is one of a very small handful of white Humpback whales ever spotted, and his unique, striking appearance likely stems from a condition found in many animals called leucism, in which pigment is missing from patches of cells. Contrary to common belief, Migaloo is actually not an albino whale, as he has a few dark patches, and albinoes are completely white with pink eyes. Nevertheless, he is a truly incredible marvel of mother nature.

How close can I get?

Migaloo is classified as a “special interest animal” and is protected under unique legislation that requires any vessels to remain at least 500m away, so as not to disrupt or endanger him. If you’re lucky enough to get a glimpse at this Australian icon, it is important to give Migaloo (and all whales) plenty of space and admire the stunning species respectfully from a distance.

Although Humpback whale numbers are happily increasing, the species is still threatened and requires protection. All of our whale watching tours are eco-certified, so we can show you the magic of Hervey Bay while conserving our incredible marine ecosystems.

After a strong season of whale sightings in 2020, the outlook for whale season looks optimistic. Our array of wonderous Hervey Bay whale tours will blow your mind with natural wonder as you rub shoulders with beautiful Humpback whales. Don’t forget to keep your eyes super peeled… you might spot Migaloo! 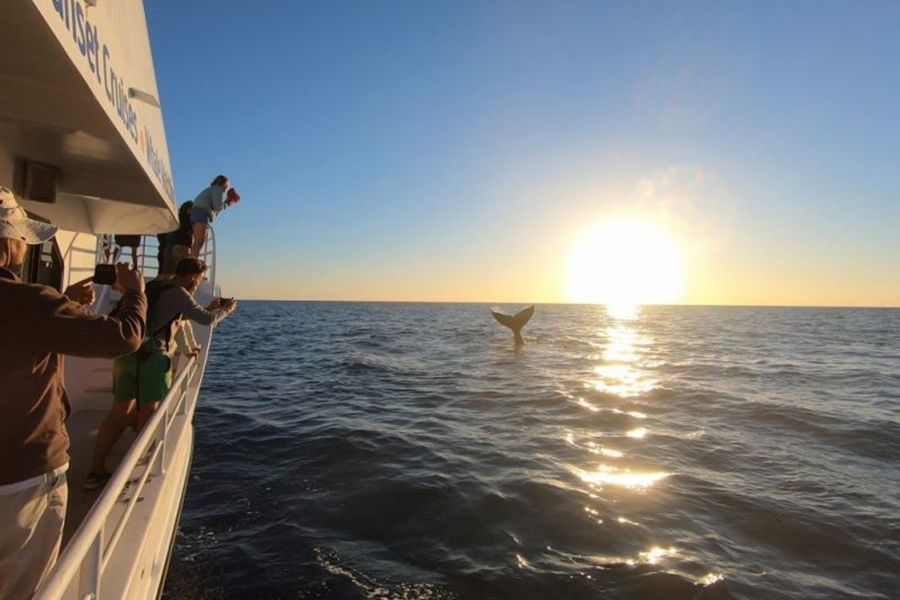 Chat with one of our friendly travel experts to book your whale watching tour today!

Whale Songs and the Language of Humpbacks
Why do whales visit Hervey Bay?
Humpback Whale Behaviours
Can you swim with Humpback whales?
View All Articles In Flora & Fauna
Eline
Click To Chat