How long does it take to get to Fraser Island by Ferry?

Fraser Island is found near the coastline off of Queensland, Australia. It is in the Pacific Ocean near the mainland towns of Hervey Bay, Maryborough and Rainbow Beach in an area known as the Fraser Coast. Its main departure points are found near Hervey Bay at River Heads or near Rainbow Beach at Inskip Point where ferries or barges take guests from the mainland to the island and back.

River Heads is about 28km or a 20 minute drive away from Hervey Bay. Inskip Point is found 13km or a 15 minute drive from Rainbow Beach.

With the different departure and arrival points, the time on the ferry varies as outlined below: 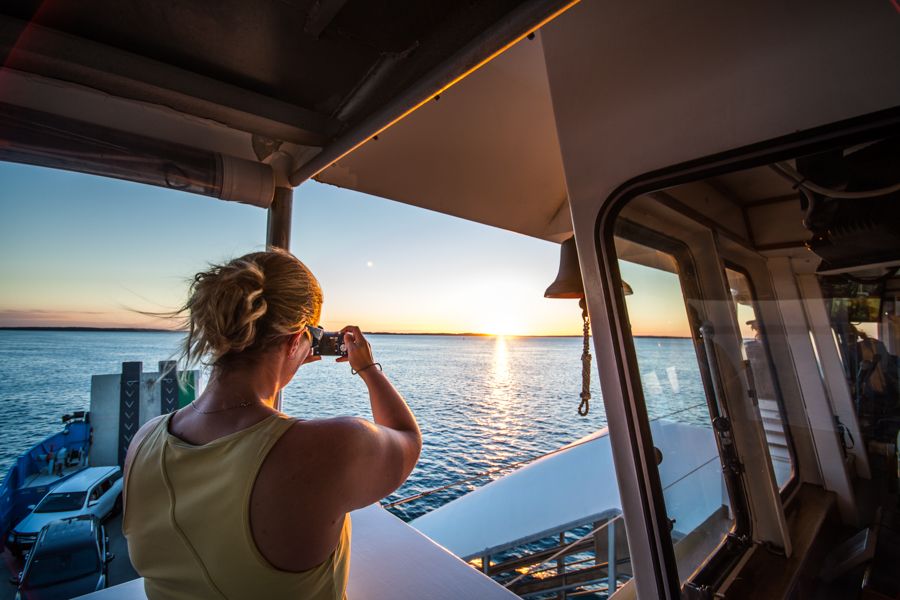 Fraser Island is separated from the mainland by the Great Sandy Strait, which is used to get to and from the island. Up to half of a million people visit the island each year to discover its beauty and see its amazing sights. The Island is 123 in length and about 22 wide and is home to many attractions such as Eli Creek, Lake McKenzie, Champagne Pools, Indian Head and the Maheno Shipwreck. 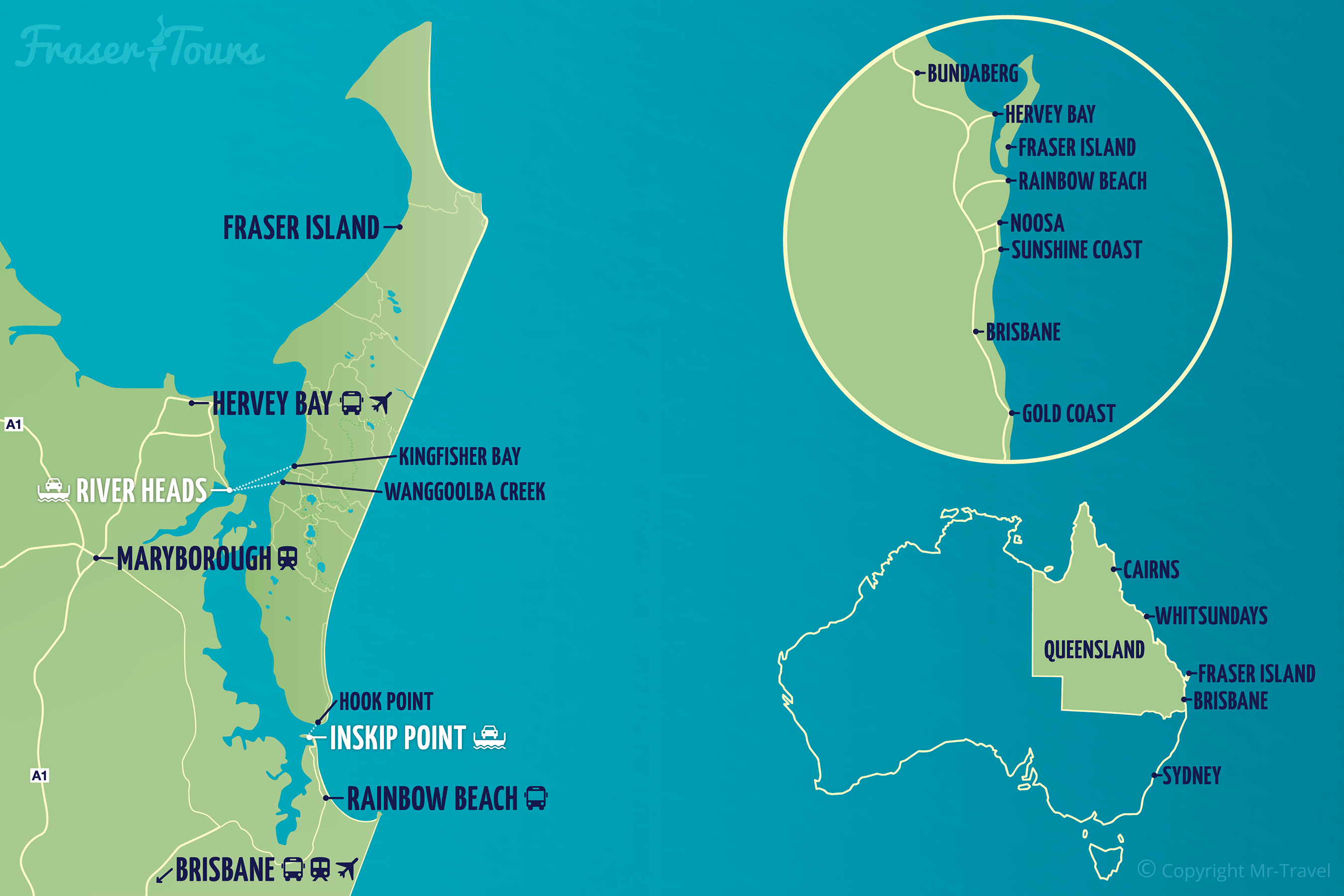 How Long Is The Ferry Ride To K'gari (Fraser Island)?
How do you get to Lake McKenzie?
Fraser Island Permits and Ferry Guide
Where to Park in Noosa
View All Articles In Getting Here
Jayme
Click To Chat

Cameras Flock to Far North Queensland ...
Film crews land in Hervey Bay to start production on a new psychological thrille...
Read More
How to explore Fraser Island in 5 days...
As the largest sand island in the world, and a World Heritage Site, Fraser ...
Read More
Free Things To Do On K'gari ...
Don't want to break the bank? Well lucky for you the island has plenty of option...
Read More