A History Of K'gari's Changing Names

Captain James Cook observed in his journal as he sailed past the island. “The land hereabouts, which is of moderate height, appears more barren than any we have seen on this coast, and the soil more sandy, there being several large places where nothing else is to be seen.  In other places the woods look to be low and shrubby, nor did we see many signs of inhabitants.” It seems Captain Cook missed seeing that the island was separated from the mainland by the Great Sandy Strait.

Andrew Petrie :
Fraser Island area attracted national and international attention in 1836.  The “Brig” Stirling Castle was travelling from Sydney to Singapore when she hit Swains Reef off Gladstone. The survivors included Captain James Fraser and his wife Eliza found themselves in life rafts and managed to reach Fraser Island where Captain Fraser died. Eliza Fraser was eventually rescued after living with the local inhabitants for a short time. Andrew Petrie travelled to the area in search of Captain Fraser's grave which was never located. Instead he discovered large stands of timber that could be harvested. The result was that the island being named “Fraser Island'', although the name “Great Sandy Island” still remained on maps for some time.

The indigenous Butchulla people were granted Native Title rights to Fraser Island in 2014. The island was known by both its native name of "K'Gari", meaning paradise, and Fraser Island. The Butchulla people have always called the island K’Gari derived from its Dreamtime creation story.
The Media and many locals still refer to the Area as Fraser Island, Just like Uluru is now common we also believe over time Kgari will become how we all refer to our beloved island. 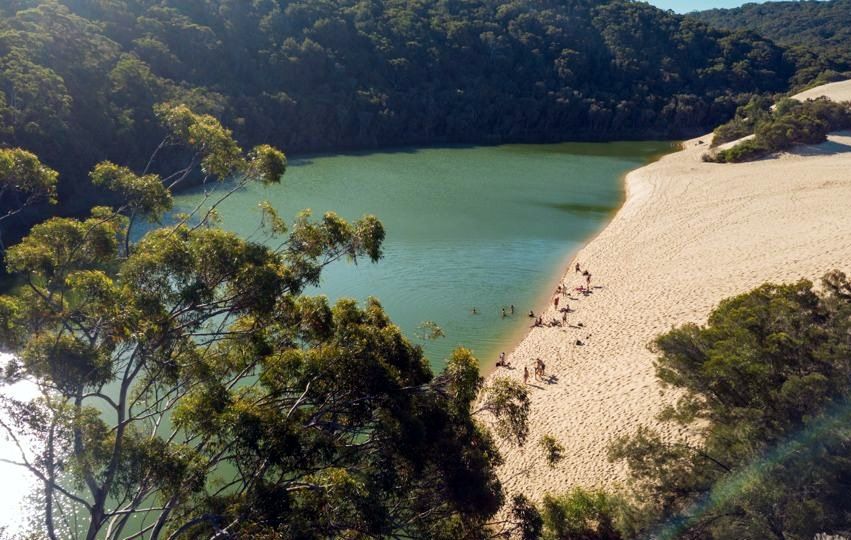