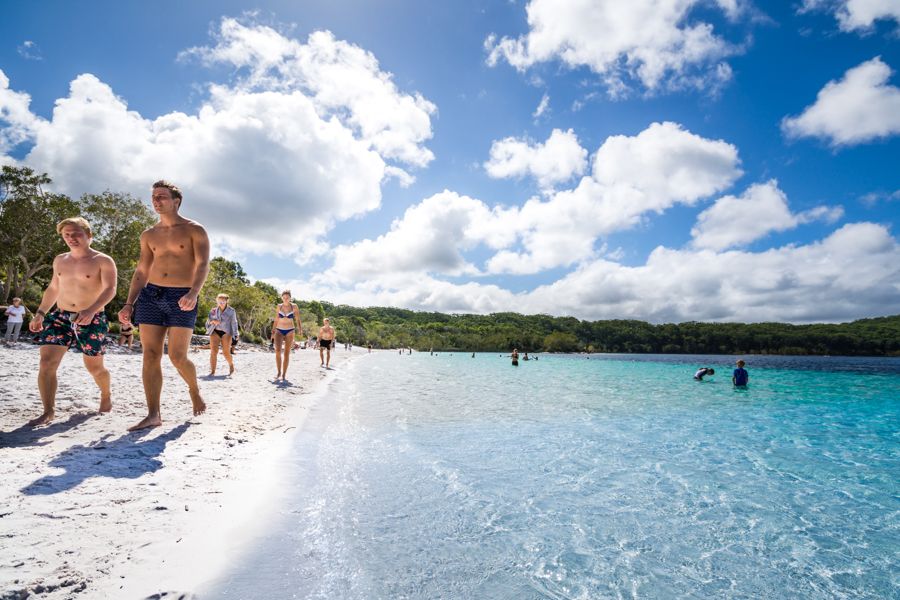 Fraser Island has over 40 lakes that can be found all over the island. It also is home to over half of the world's population of perched lakes, making it a unique and sought after destination. Popular and often visited lakes include Lake McKenzie, Lake Wabby, Lake Birrabeen and more! Each lake is a unique ecosystem that is special to Fraser Island and its people.

Lake McKenzie is one of the most well-known and visited lakes on Fraser Island. It is known for its crystal clear waters and soft silica sands, appealing to visitors from all over the world! Most day trips and overnight tours visit this iconic location, which is a great place for an afternoon swim. Take along your swimmers and plenty of water, this is a destination you will not want to leave!

Lake Wabby is one of Fraser Island's most precious lakes. The small half-moon shaped lake is special in that it is both a window lake and a barrage lake and the only one of its kind found on the island. It is found at Hammerstone Sandblow, a huge sand dune that could be easily confused for a desert. Lake Wabby hosts a variety of fish and is the deepest lake on the island! However, Lake Wabby won't be around forever. This lake is slowly being swallowed back into the sands of Fraser Island, meaning it likely won't be around for many more years to come. 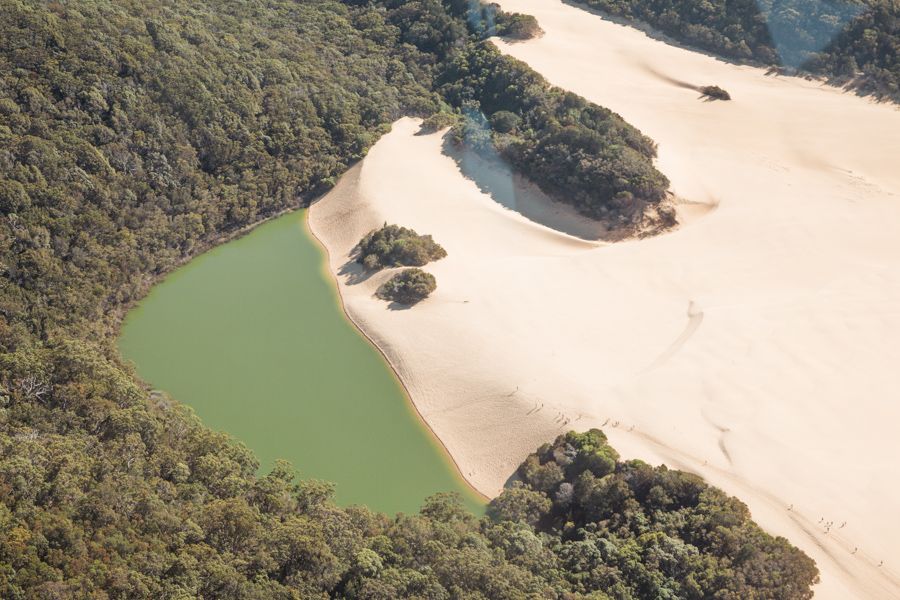 Lake Birrabeen is another favourite lake on Fraser Island that offers the perfect place to spend an afternoon to swim, relax and enjoy the beauty of Fraser Island. It too is a perched lake and has soft sands surroundings its shore, but is often less crowded than other lakes. After it rains heavily, the two lakes next to Lake Birrabeen join the larger lake, creating one huge body of water!

Lake Boomanjin is the 'tea tree' lake found on Fraser Island. It is stained red from the surrounding tea trees which give it its red appearance as well as its name. Despite its look, it is actually a clean and pure water system and a great swimming spot!

Lake Allom is also known as Turtle Lake due to its resident population of freshwater turtles which are easily spotted from the water's edge. This is a lake for those who love nature and want to be immersed in it as it has a great viewing platform for wildlife spotting. This delicate lake is found inland from Cathedrals on Fraser and is reached by an inland 4WD track. 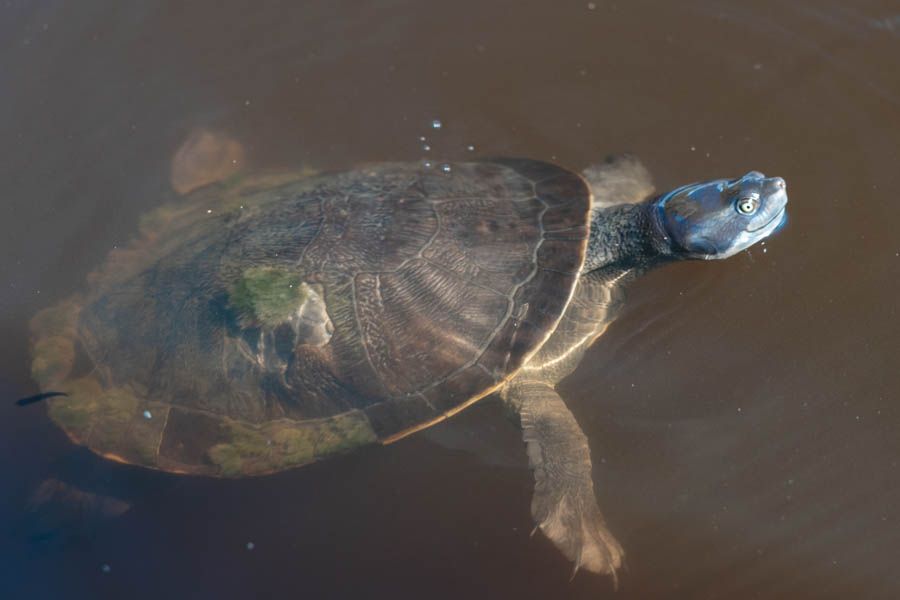 Cameras Flock to Far North Queensland ...
Film crews land in Hervey Bay to start production on a new psychological thrille...
Read More
How to explore Fraser Island in 5 days...
As the largest sand island in the world, and a World Heritage Site, Fraser ...
Read More
Free Things To Do On K'gari ...
Don't want to break the bank? Well lucky for you the island has plenty of option...
Read More